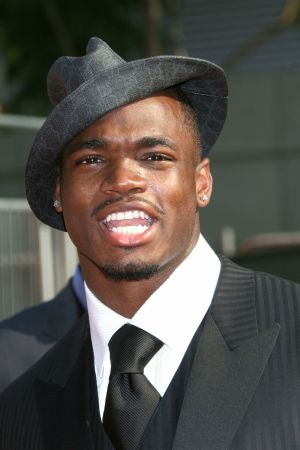 Adrian Peterson is an old favorite here at Ladies, but can you believe he’s never been in the ACoH? In honor of his stunning return from last year’s knee injury (on Christmas Eve, no less), and because I am a total Sooner homer, please enjoy some pics.

END_OF_DOCUMENT_TOKEN_TO_BE_REPLACED

It’s Saturday night, I’ve had a lot of wine and baked brie, and I came home to…football on the NFL Network? I guess that would be the best place for it. So have some images of unfortunate Minnesota Vikings quarterback Christian Ponder.

END_OF_DOCUMENT_TOKEN_TO_BE_REPLACED

I mean, what else would you expect on Hallowe'en? (AP Photo)

There just something about Hallowe’en that brings out the crazy. Dressing like a zombie. Dressing like Gaga. Drinking booze that is clearly coloured by artificial susbtances and possibly has floating eyeballs. Eating far too many mini Coffee Crisps. These jackets. Whatever bizarre behaviour you engage in is perfectly acceptable on October 31st, or at least the Friday or Saturday closest to it.

The sports world was also full of crazy on the weekend. For instance… END_OF_DOCUMENT_TOKEN_TO_BE_REPLACED

Guess who writes for a sports blog and has Reggie Bush on both her fantasy teams, including one that is in such bad shape as far as running backs go that she is resorting to starting Fred Taylor and 3 WRs for week 3?  Yeah.  So.  (Though as someone who dates a Saints fan, I must note there’s a certain amount of relief among the NOLA fanbase that Reggie’s leg is “just” broken and he didn’t reinjure his knee.)

Injuries and fantasy football lineups thus being on my mind, I thought I’d take a quick survey of other developing situations around the league that might impact your fantasy choices this week.

END_OF_DOCUMENT_TOKEN_TO_BE_REPLACED

Fine, this was an excuse to post one more Mike Tomlin picture this year.

The big storyline in last year’s Super Bowl was the tradition rich Pittsburgh Steelers and their (then) five Super Bowl victories matched against the Arizona Cardinals in their first trip to the championship.  This year, 3 of the 4 conference finalists have either never been to the Super Bowl or have not been in decades. To put things in perspective, I took a look at the rosters of each team — both from their last trip to the conference game (win or lose) and their last conference championship — and selected a player representative of that era in the team’s history.  You might be surprised who I came up with.

Vintage (sort of) football hotness, after the jump.

END_OF_DOCUMENT_TOKEN_TO_BE_REPLACED

The NFL regular season is over. With Alabama winning the BCS National Championship game, college football won’t be back until next fall. For those of you who play fantasy football, a winner has already been decided. (Congrats to THE Blonde Bomber for winning the ladies… fantasy football!) But don’t be too sad. There is still plenty going on in the football world. There’s coaching changes in college football. New coaches in the NFL. And mostly importantly there’s the NFL playoffs!! The Cowboys remembered how to win in January (which didn’t make me very happy). The Patriots got slaughtered by the Ravens (which did make me happy). This weekend is a new set of games that will hopefully be more entertaining than the Wild Card games. (Admit it, aside from the Cards/Packers game, all those games were pretty boring.) 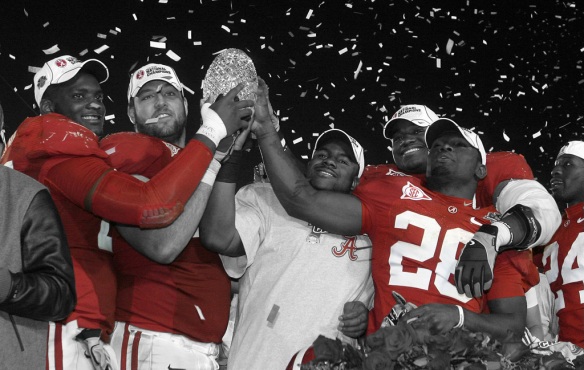 Congrats to Bama for beating the Longhorns 37-21 in the BCS title game.

END_OF_DOCUMENT_TOKEN_TO_BE_REPLACED

Ah, football season is finally here! I think I speak for everyone when I say that it couldn’t have come soon enough. Preseason football is so boring. Watching starters play about one quarter does not feed my appetite for football. Also, this will be my first season playing fantasy football (wish me luck!), so that makes the start of the season that much more exciting. There are 13 games this Sunday and another two on Monday. Some should be entertaining, while others are sure to be a snooze-fest. Unless you’re a fan, you probably aren’t counting down the hours until the showdown between the Rams and Seahawks.

So without further ado, I present to you (in no particular order and with my completely biased opinion) the top five games of Week 1…

END_OF_DOCUMENT_TOKEN_TO_BE_REPLACED 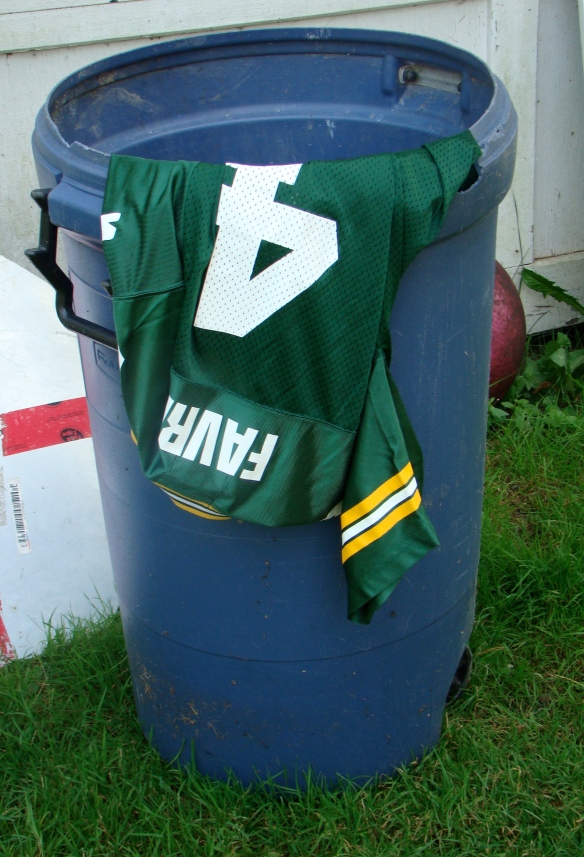 My Favre jersey enjoys a new place of honour...in the Bee family garbage can.

This is hard to believe. I never thought it would come to this.

Brett, I am breaking up with you.

END_OF_DOCUMENT_TOKEN_TO_BE_REPLACED

Some of us Ladies have been looking forward to football season, so I thought what better way to get everyone hyped than to feature a hottie from every NFL team.  Each week for the next four weeks, we’ll be featuring lesser-known hotties from an AFC and NFC division.

Follow me after the jump to get a peek at the AFC and NFC North.

END_OF_DOCUMENT_TOKEN_TO_BE_REPLACED 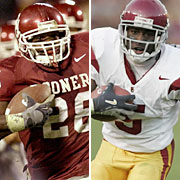 I’m watching Monday Night Football. I’m trying to focus my energy on rooting for the Minnesota Vikings, to get them to a 2-3 W-L record instead of letting the New Orleans Saints go over .500. Understandably, the national sports media seems to be focusing on the match-up between Adrian Peterson and Reggie Bush. The more pics they put up, the less I seem to hear about the game, the players, the stats, the strategy. All I see is this…

END_OF_DOCUMENT_TOKEN_TO_BE_REPLACED 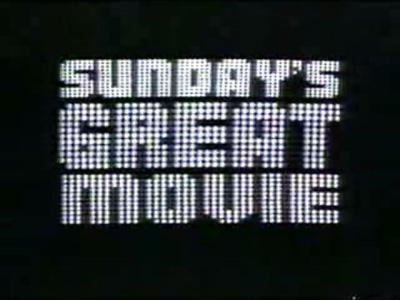 I am a Minnesota Vikings football fan. Like many Minnesota fans, the longer I watch our home-town team, the more bitter and jaded I get. I’ve even started to become superstitious. And it appears that this football season will not be good. Whether the Vikes start Tarvaris Jackson or Gus Frerotte, it appears that we have an uphill climb with our remaining schedule and our receivers/passing game. All that being said, I must admit that I did not watch the Vikings game on Sunday when they saved themselves from an 0-3 start. Could I have been the jinx the first two weeks? I’m planning to not watch next week as well … we’ll see. Therefore, I decided I have to find something else to watch on Sundays for the rest of the season. So follow me after the jump to see the 12 sports movies I’ll watch the rest of the season (we still have a bye week, you know).

END_OF_DOCUMENT_TOKEN_TO_BE_REPLACED 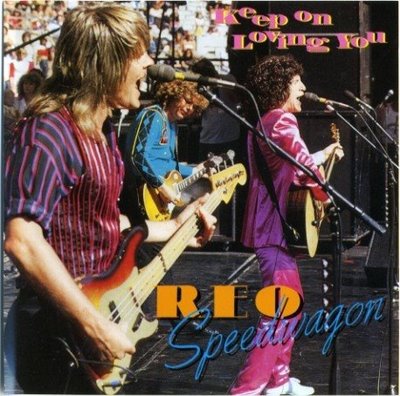 This weekend I got the Time-Life collection of the Ultimate Rock Ballads. Let me tell you, it is AWESOME! I spent the better part of the weekend enjoying the music. Then I got really excited about Monday Night Football, and the match-up between my Minnesota home team and the Green Bay Packers. I was really excited to blog today about how great Adrian Peterson is, how our D-line lived up to all expectations, and how Tarvaris Jackson showed real improvement over last year. However, after last night’s Vikings performance, all I wanted to do was cry. So I consoled myself with this.

END_OF_DOCUMENT_TOKEN_TO_BE_REPLACED

The Minnesota Vikings traded away a first round pick and two third round picks to get Jared Allen from the Kansas City Chiefs last week. (And they still managed to get the Booty in the draft.) His contract could be worth up to $74 million over six years if he reaches certain incentives, including a guaranteed $31,000,069. (His jersey number is 69.) The signing bonus was $15.5 million. (He had 15.5 sacks last year). He is 26 years old, 6’6″, 270 lbs., he used to compete in rodeos and he owns riding horses. All the other hot, and not so hot, stats and information after the jump… END_OF_DOCUMENT_TOKEN_TO_BE_REPLACED 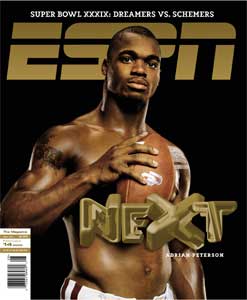 From the moment he donned that purple cap on draft day, Adrian Peterson was anointed (and from the looks of this shot, dipped in wax) as a key player in the future of the Vikings gameplan. And while he appears quite capable of carrying the team on his back (particularly after this weekend), Minnesota brass seem content to split his playing time with Chester Taylor. Are there still doubts about the solidity of his previously injured collarbone? Are they giving the rookie more time to assimilate the schemes? Or just taking it easy on their brand new toy? Whatever the reason, it may be falling by the wayside. Hard to miss AP this weekend, but just in case your memory’s fuzzy, he was the guy barreling down the field with Chicago defenders flopping behind him like tin cans tied to a car bumper. Twenty carries, 224 yards, three touchdowns, on the way to a 34-31 win over the Bears. Here’s hoping Chester Taylor rides the pine next week, as a red-blooded woman and a football fan…Peterson’s a hell of a lot of fun to watch on the field, and ain’t bad on the eyes, either.