From the moment he donned that purple cap on draft day, Adrian Peterson was anointed (and from the looks of this shot, dipped in wax) as a key player in the future of the Vikings gameplan. And while he appears quite capable of carrying the team on his back (particularly after this weekend), Minnesota brass seem content to split his playing time with Chester Taylor. Are there still doubts about the solidity of his previously injured collarbone? Are they giving the rookie more time to assimilate the schemes? Or just taking it easy on their brand new toy? Whatever the reason, it may be falling by the wayside. Hard to miss AP this weekend, but just in case your memory’s fuzzy, he was the guy barreling down the field with Chicago defenders flopping behind him like tin cans tied to a car bumper. Twenty carries, 224 yards, three touchdowns, on the way to a 34-31 win over the Bears. Here’s hoping Chester Taylor rides the pine next week, as a red-blooded woman and a football fan…Peterson’s a hell of a lot of fun to watch on the field, and ain’t bad on the eyes, either.

Look at this FACE! How can you deny carries to that FACE?? 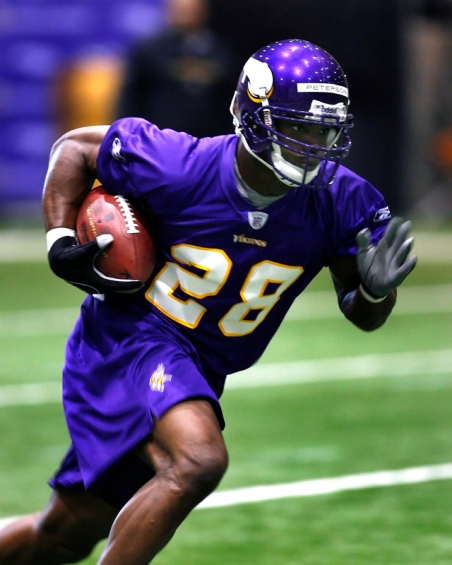 Here at Ladies… we are, as you may have noticed, inordinately fond of calves. 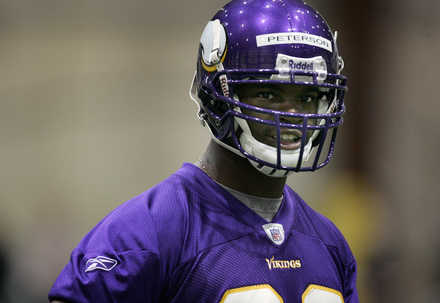 All right, he kind of looks like a baby dinosaur in this shot. Rarrrr! 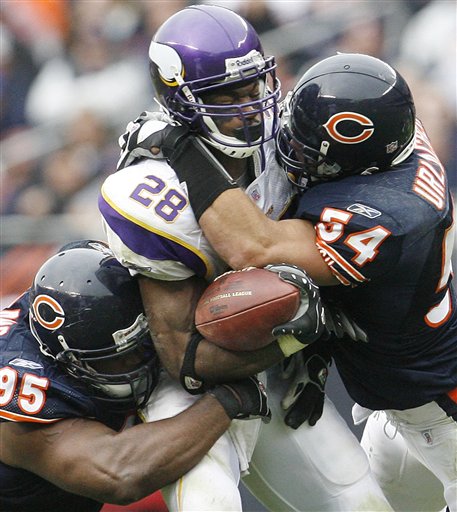 He was a SOONER and still we swoon. That’s huge.