I suppose if you’re a Red Wings, Magic, Lakers, or Serena Williams fan, then it really wasn’t a disappointment of a weekend at all. But over all, this weekend seemed to be filled with disappointment from all over the world of sports – from a 25 inning game 1 showdown to missing the mark in the NBA finals.

How convenient. It just so happens that a lot of our unfortunate defeats also include some disappointed cuties. First up and an obvious choice is a personal favorite: Rafael Nadal. He accepted defeat in the form of Robin Soderling in the fourth round of the French Open on Sunday. And gives us proof that real men do wear pink. 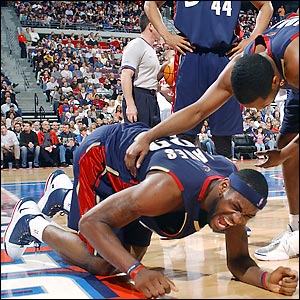 Next obvious choice are the Cleveland Cavaliers, after falling to Orlando’s Magic in game 6, 103-90. Not being much of an NBA fan myself, one can’t help but feel bad after such great efforts. One cannot however feel bad after the questionably poor sportsmanship effort from leading man LeBron James. Hey, I’d be disappointed too though. What do our readers think of his actions post-game? 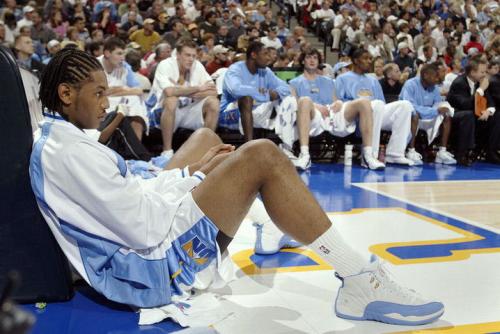 Staying with the NBA is the other disappointing yet completely unsurprising loss of the Denver Nuggets to the LA Lakers on Friday, also coming down in game 6, 119-92. Anyone want to give Anthony a hug?

It’s not over yet, but things are starting to look bleak already for the Pittsburgh Penguins after a game 2 loss to the Red Wings on Sunday, 3-1.  Defenseman Kris Letang does not look happy. His eyes will shoot lasers into your camera.

If you’re a Red Wings fan, then yay for you. If you’re a Reds fan, probably not so much yay. Cincinnati fell to the Brewers in all three games this weekend, decreasing their record to 26-23. Perhaps they’ll have better luck against the Cards? Above is one of my favorite Reds, which ironically just came from the Brewers: Laynce Nix. Poor Layncey. 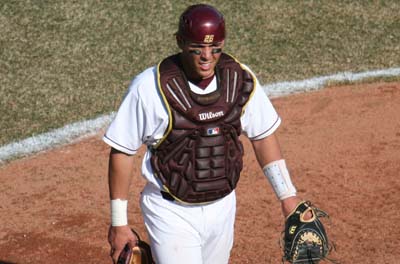 Finally, rounding up our weekend of great disappointment is the 25-inning NCAA tournament marathon between Boston College and the Texas Longhorns on Saturday night,  with Texas finally winning in the wee hours, 3-2. What ended up being the longest game in NCAA baseball history I’m sure was a great disappointment to one of their catchers Tony Sanchez.

Just for a bonus, you could be in for the biggest disappointment of all tonight. Are you in to watching annoying C-list celebrities get tortured on an island in Costa Rica? If so, tune in tonight for the premiere of NBC’s I’m A Celebrity, Get Me Out Of Here! to watch the adventures of such “celebrities” as Janice Dickinson, Sanjaya, and Speidi. A little toucan is already reporting that Mrs.  Heidi Montag Pratt and her rapperiffic hubby are already setting themselves up for being a huge disappointment, as they already want off the island. But don’t vote them off, kids! I’m sure they’ll come around and enjoy the jungle… 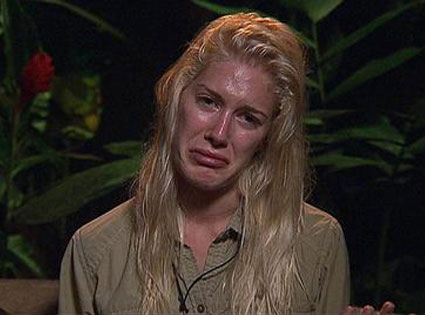 7 thoughts on “The Weekend Of Great Disappointment”