Guess who finally made it to the NBA? 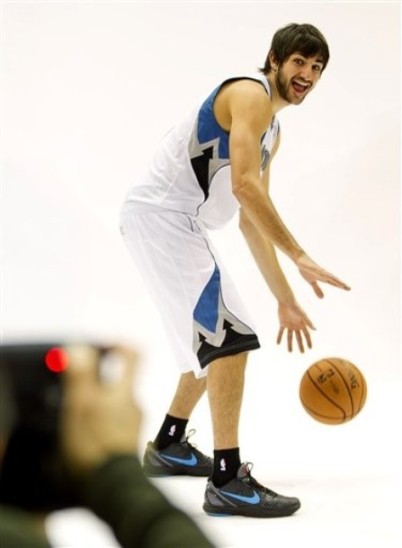 END_OF_DOCUMENT_TOKEN_TO_BE_REPLACED

TCU's Jerry Hughes would like a word with you.

It’s kind of weird to be an alum of a “football school” in a year when said school is …not that good at football, or at least not as good as we usually are.  For the first time in a while, no amount of computer poll weirdness, upsets, or bizarre tiebreakers are going to get my Sooners in a BCS bowl.  And we’re not the only ones in this boat (Hi, USC!).

As of this week (and for most of the season, really), the top contenders for the BCS Championship game are Texas (hate, for obvious reasons), Florida (hate, for last year), and Alabama (hate, for Nick Saban).  So I thought I’d look at the “underdogs” still in BCS contention — underdogs here not necessarily meaning a non BCS conference school, but a team that isn’t (or hasn’t been in the BCS era) a football power.  And of course, there are pictures.

END_OF_DOCUMENT_TOKEN_TO_BE_REPLACED

One of the great things about the ladies assembled here is love and fandom spanning all spectrums of the sporting world.  The majority of these ladies however, know something that I did not, hockey rocks!

END_OF_DOCUMENT_TOKEN_TO_BE_REPLACED

So I know we all get excited when baseball season is underway.  We love watching our hotties play and our teams do well.  For me, when my beloved Orioles start to suck again, it can be hard to devote my time to following the team.  That is why I have come to love the mid-season call-up.  Trust me, I know who the hotties are on the team, but I’m curious about those boys in the minors.  I know names and who is supposed to be good, but I don’t necessarily know their faces.  So I always look forward to a new face in the clubhouse.

After the jump, I’ve hand selected some drool-worthy hotties. Don’t say I didn’t warn you!

END_OF_DOCUMENT_TOKEN_TO_BE_REPLACED

Like sports?  Like the men who play those sports?  Think you’ve got some good things to say about Hotties in Uniform?  The Ladies are looking for some new contributors.  We’ve sadly had to say goodbye to many of our talented writers because real life and other gigs have become too much to juggle.  But SA, Metschick and Andrea are still here with their best ogling goggles on and they’re looking for some new Ladies.

What we want from you:  a short fact sheet (below) and a sample post or two.  If you don’t have your own blog, no worries!  Take a cue from us and try your hand at a Hit n Run for one of the nights this week.  Pictures are not a requirement either.  We can totally teach you how to do pictures in a post, so don’t get hung up on that.  END_OF_DOCUMENT_TOKEN_TO_BE_REPLACED