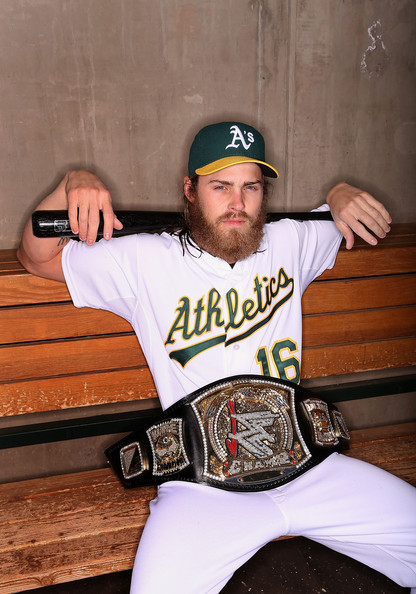 Josh Reddick showed off his beard and belt?

One of the best parts of spring training is team photo day! Lucky for us, many teams had their official photo day yesterday giving us some great shots of our favorite guys. (I suggest thumbing through the Getty Images’ photo gallery.) As I was perusing through the pictures, I came across some real gems, including the insanely crazy picture of Josh Reddick above. I did some Googling and found out there was a story behind the photos.

Apparently, yesterday was Josh’s birthday, and he wanted to have some fun. I couldn’t find out where or how he got the belt, but I guess it was his party and he’ll wear a belt if he wants to. By the way, does anyone else remember when the Oakland A’s had the market cornered on MLB hotties? My how times have changed.

Unfortunately for me, the Orioles have not done photo day yet, so no new hot pictures of J.J. Hardy. But I was able to ogle some hot Dodgers and Jays, namely Andre Ethier and Brett Lawrie.

I noticed that the Twins held photo day yesterday, so I had to check out my favorite Twin of all time, Joe Mauer. I was saddened to see this picture:

This is just so unflattering. I hope this isn’t a true representation of how he’s looking currently. I also found an updated photo of one of my old favorite Orioles, Garrett Olson: 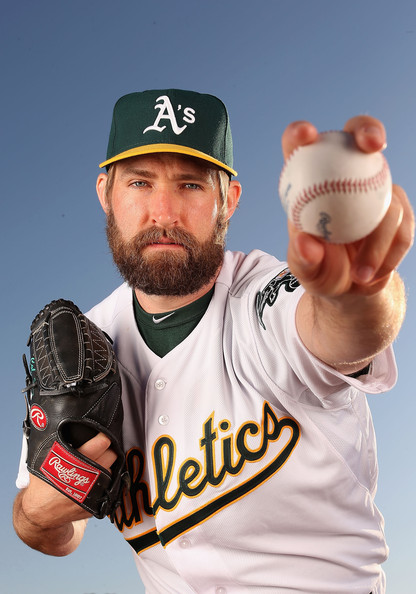 OMG, what happened Garrett? You…the beard…the face…NOOOO! How do you go from this to that? *hangs head in sadness*

My search also led me to some unearthed hotties. For example, who is Kevan Smith? Why does he spell his name that way? Where did he come from? Apparently he’s a prospect with the White Sox, and I want to know more. 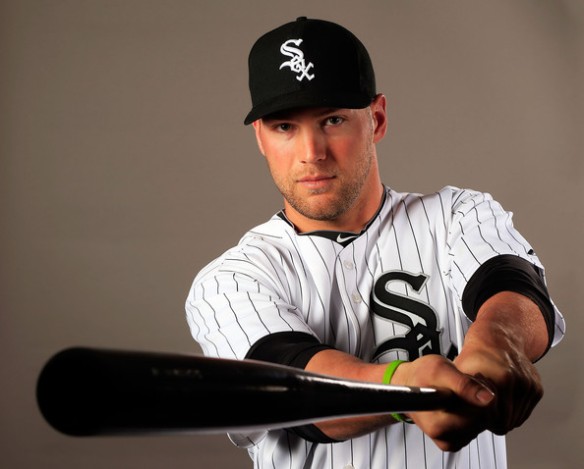 I guess he kinda makes up for some of my favorites not looking so pretty. Oh well.

I’d also like to give a big h/t to Zimbio. That site is amazing for finding great pictures of hot men.