OK, so it was somewhere between 3 and 6 am in North America and if you were in Oakland you couldn’t watch anyway, but the first official pitch of the MLB season happened in Japan yesterday.  Then they went ahead and played a whole game.  The Mariners won. Breakup the Mariners!

Behold some pictures of yesterday’s action:

Seattle did not bother sending their broadcast team all the way to Japan (a fact you may have noticed if you watched the part of the MLB.tv stream where they bitterly talked about how "all the people who got to go were SO excited about it."

Jemile! *whispers* Don't look behind you! 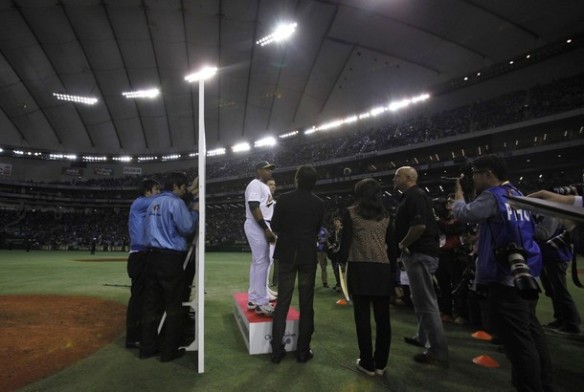 I know everyone is REALLY excited about Yoenis Cespedes, but literally putting the guy on a pedestal is going a bit too far. 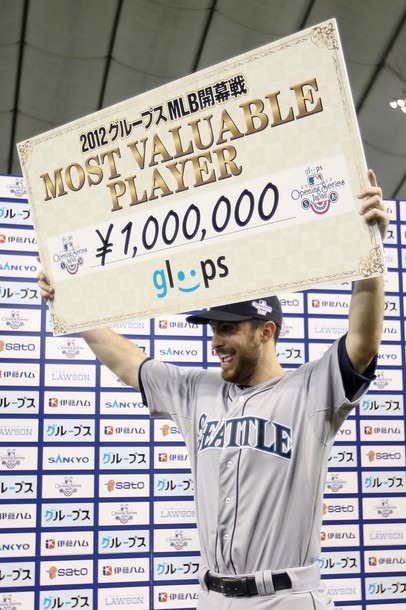