Why am I so happy when my NHL team is in 12th place? That picture should give you a hint. Five for Friday after the jump, y’all…

1) Ron Wilson was fired as Leafs head coach tonight. Yes, friends, our long national nightmare is over. This is my Stanley Cup, right here.

2) Second Wild Card in the MLB playoffs? Yes, please. It was made official Friday. For the first time in the history of Major League Baseball, the playoffs will be expanded to 10 teams. I expect there will be a lot of emotional eating on Friday October 5, the day of the one-game playoff tilt between the Wild Card teams in each league.

3) It hurts to be a former Yankee. First, A.J. takes a foul ball in the face and is out for nearly three months, ultimately missing his Opening Day start for the Pirates (yet another reason for me to feel bad for A.J.) Today, Seattle’s new catcher Jesus Montero took two fouls off his mask and was taken out of the game. Fortunately he’s fine.

Brad Gushue, Olympic gold medalist and Newfoundland's skip at the Brier for the 10th year in a row (Photo: Canadian Press)

4) The Brier, you guys! It’s been a while since we graced the pages with those who hurry hard. But there’s a sudden interest in curling in the Bee household, ever since the littlest Bee got to try out the sport a few weeks ago and fell head over slider for it (and yes, I will be enrolling her in this fall.) Seriously, a six-year-old excited about curling is the cutest thing ever. So guess how we’re spending our Saturday between innings of Yanks-Phillies? 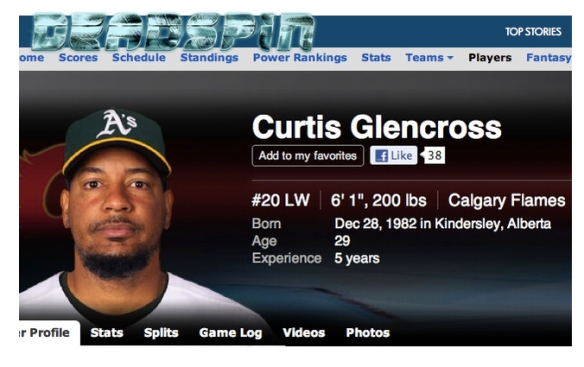