The Chicago Blackhawks swept the San Jose Sharks and are the first team to get a berth in the Stanley Cup Finals.

Adam Burish in the middle with some bonus Nick Swisher on the left. 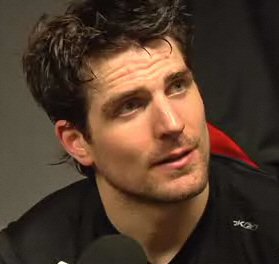 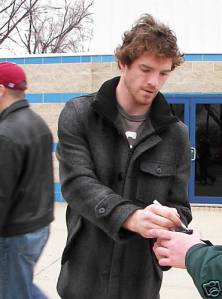