It’s late and I’m still awake, so instead of reveling in the happiness of the NFL Playoffs, I’ve decided to focus on how many cute, lycra-clad behinds that will disappear from our weekly viewing schedule for the next eight months.

In order to tide you over until August, follow the jump for one last look at the cute boys of the 2009 season who we won’t be seeing anymore… 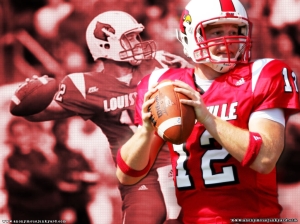 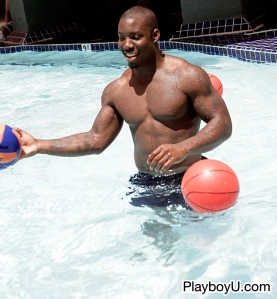 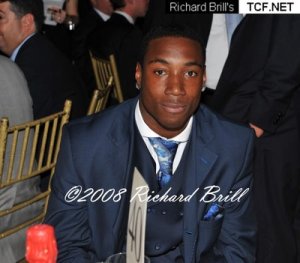 Washington Redskin cutie Chris Cooley was injured much of the season and therefore we didn’t get to see enough of this grin. 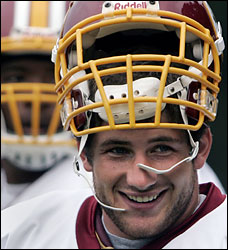 With the holdout, San Francisco 49 ‘erMichael Crabtree is another good-looking guy who’s lack of screen time makes up look forward to next season. 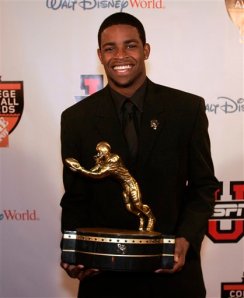 Not really my favorite, but I know the Seattle Seahawks’ Matt Hasselbeck is a favorite of some out there. 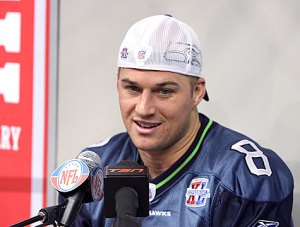 I admit to not knowing a darn thing about the St. Louis Rams, so I was super happy to discover that beneath his helmet, QB Kyle Boller is quite the cutie. Shots of him on the sideline might be enough to get me to tune in! 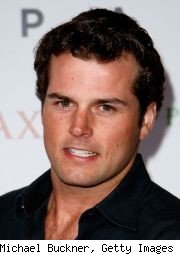 Do yourself a favor and Google Denver Broncos backup QB Tom Brandstater. From Fresno State, this tiny picture doesn’t do him justice, but I couldn’t resist teasing you with this yummy scruff.

Oakland Raiders Darren McFadden has a deep love of his alma mater, Arkansas 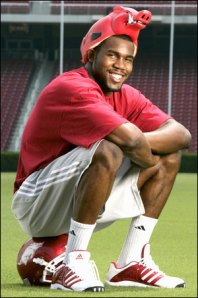 While Matt Cassel’s the obvious choice for the Kansas City Chiefs, if you do a Google Image search of his name you’ll see why I couldn’t bring myself to name him his team’s cutie.

Instead, here’s previously unknown to us WR Lance Long … 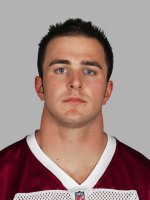 and the gorgeous eyes of Ryan Succop 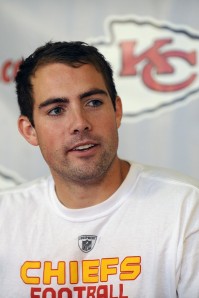