It’s no secret: I love Buffalo sports. But that also means that I’m no stranger with disappointment. After what looked like an amazing start last year in winning five of their first six games, the Bills managed to end in disappointment with a 7-9 record overall. It’s way too early to tell now obviously, but after yesterday’s disappointment (with my fantasy league QB against them not to mention, which creates a whole other moral dilemma by itself) it’s hard not to look back to the last three years of 7-9. And after the Sabres building me up just to let me down last year and the Mets breaking my heart year after year lately, you can’t really blame me in my losing of hope. What’s a poor fan to do? 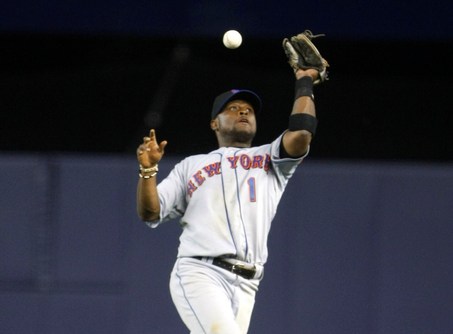 Quick lesson – if you want to piss any Buffalo fan off in four words or less, say “WIDE RIGHT” or “NO GOAL”, but we’ll get to that in a moment.

Let’s start with the less-than-Amazin’ Mets, since their season is about to end. With a current record of 67-90 (almost the exact opposite of the 90-66 Phillies I might add), this will become known as the season of injury. It’s really too bad because it was also the Inaugural Season at the beautiful Citi Field and the 40 year anniversary of the ’69 Mets, but after the All Star break and 20 members on the injured list at some point in the season, people are really only going for the food lately (tacos, Blue Smoke and Shake Shack? Hellooooo?) While this season wasn’t nearly as big of a disappointment as the 2007 season when they blew a 7 game lead at the end of the season to throw themselves out of the running for a chance at a postseason, one can’t help but be incredibly frustrated. Here’s hoping that next year we formulate a damn plan, get some brains in the front office, and get some voodoo doctor up in there with some magical healing powers! And hey, at least we’re still not in last place. Thanks, Nationals.

Next up is my Buffalo Sabres.  They have not really gone anywhere in the past couple seasons, and two before that they did at least make it into (and lose in) the Conference finals.  Before that, we’ll always have Game 6 of the Stanley Cup Finals in 1999 against the Dallas Stars. I’ll pretty much never forget this night because for the first time in a hot minute, a Buffalo team could taste victory. In the wee hours of that June morning, a teenaged me stared hopefully and bleary eyed as the game went into TRIPLE overtime. By then I can understand that everyone was absolutely exhausted and the moment anything happened on either side, fireworks would explode from center ice, hundred dollar bills would shower the fans, babies would be thrown down onto the red carpet rollout, you get the picture. But when the REFS are so lazy that they don’t see that Hull’s freakin FOOT was in the damn CREASE, that upsets me a little. Perhaps if this had happened in the third period, we might have bitched and challenged it. Apparently, by the time we “got around” to saying something, the red carpet was out. Too late, blah blah, thus starts the bitterness that is the NO GOAL memory, seen above. And then the rule changed anyways the next freakin season, go figure. But I’m not still bitter ten years later. No way. 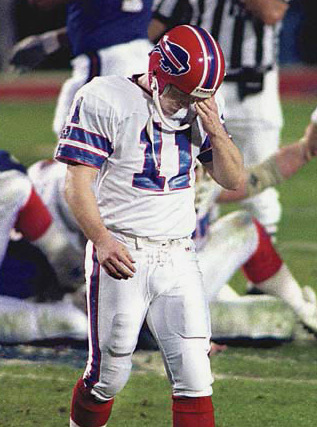 Ah, the Bills. See above photo. This is Scott Norwood. Scott blew what would have been the best and most exciting win EVER for the Bills. Know why? WIDE RIGHT. They lost in 1990 to the Giants, 19-20 when they should have won 20-22 with an amazing upset, blah blah blah, COME ON DUDE IT WAS 47 YARDS!!  Then they went to not just one Super Bowl right after that, and not two, but THREE more Super Bowls in a freakin row. Who does that? Someone determined to win, that’s who! Well…ok fine, not determined enough. Another poetic moment for you – even at the tender age of…well let’s just say I was very little…I loved the Bills. Mostly because my daddy and brother did, but I could comprehend the importance of them going to the Super Bowl multiple times. I could not however stay up late enough to see the end of any of the four Super Bowls that they did blow. While I’m not positive which game it was, I suppose it doesn’t matter since they couldn’t help but disappoint year after year anyways.  I hadn’t fallen asleep yet, (because what little kid does when they hear daddy coming up the stairs) and with wholehearted excitement as my dad passed my bedroom door, I remember saying “Daddy, did they do it? Did the Bills win this time?”

“Nope kid, not this time” 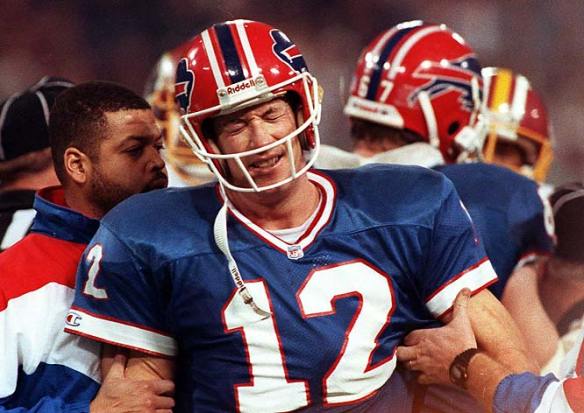 So there you have it – my life as a fan, a disappointed fan, in a nutshell. Wide Right, No Goal, and Seven Game Lead will pretty much forever haunt me. Is it a Buffalo curse? Am I just cursed and maybe next year if I randomly move to Chicago and become an all-Chicago fan, the Sabres will suddenly be amazing, the Mets will actually make it to the postseason, and the Bills will WIN a damn Super Bowl? While that will NEVER happen because I will NEVER turn my back on my teams, good season or epic and horrid season, you can’t blame me for being a little distraught.

Oh and PS: T.O.? Shut up and stop whining. He’ll start throwing the damn ball to you when you remember how to catch.

4 thoughts on “The Curse of Buffalita’s Teams”