It’s the dog days of summer and getting moving on Monday morning can be a little rough, so I thought I’d post some pictures to get the heart rate elevated and the blood pumping.

This week, I’m going with some of the lesser known and enjoyed hotties.

Is there a better way to start a week than that?

First up is American-Australian golfer Adam Scott. He’s got dual citizenship as he was born in New Hampshire but raised in Australia (meaning he’s probably got one hell of a beautiful accent). Plus, look at those arms!

Next is French swimmer Fred Bousquet. He was on Auburn’s swim team and is the first man to swim the 50 freestyle in less than 19 seconds – this one is a click to see because it’s NSFW

This is William Zillman, am Australian rugby player who’s undressed here to pose for a charity calendar. Beautiful, philanthropic and once again possessed of that gorgeous accent.

Lewis Hamilton, British Formula One Racer has some pretty, pretty eyes and kind of makes me want to know what he’s smirking about.

Yoann Gourcuff is a French Soccer Player who apparently has no problem stripping in public – click here to see him in his skivvies. Plus, I could get lost in those eyes (and eyelashes)

Jeremy Bloom looks like he needs a hug and someone to kiss his eye and make it better. I’m all for volunteering for that job!

Brilliant smile, adorable laugh lines, hair you want to run your hands through and a killer serve – hello Marat Safin

Kelly Slater surfs, which is enough, but he still looks this good at 37 and he is both the youngest and oldest man to be crowned the Association of Surfing Professionals World Champion. 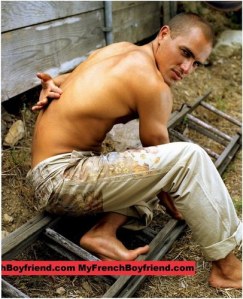 Mike Comrie is a Canadian hockey player who’s currently without a team. Sure, he’s dating Hilary Duff, which doesn’t exactly endear him to me, but he’s still nice to look at. 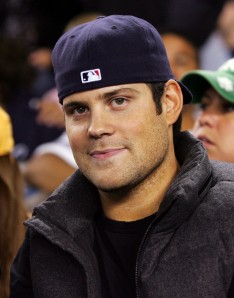 Jonathan Toews and Patrick Kane are affectionately known as the Baby Blackhawks in Chicago, but they’re looking mighty grown up here! 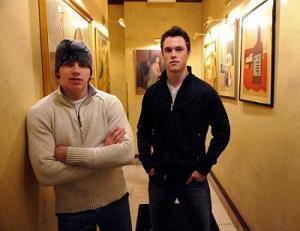