This Yankee fan will start with the Red Sox, only because showing y’all FOREARMS is more important than my pinstriped pride. You can thank me after the jump.

So truthfully, that pic was from last week. But yesterday Boston took first place in the AL East by half a game over the idle Yankees with a 3-1 win over the Twins. It was a wild game that saw catchers from both teams hit the showers early – not to mention both managers – thanks to young-ish umpire Todd Tichenor. Not that I’ll ever complain about a Red Sox player getting ejected. Varitek had two homers and drove in two in the game. Good on him.

By the way, Tim Wakefield is your leader in wins?! The hell.

On to other teams from New England that raise my ire… 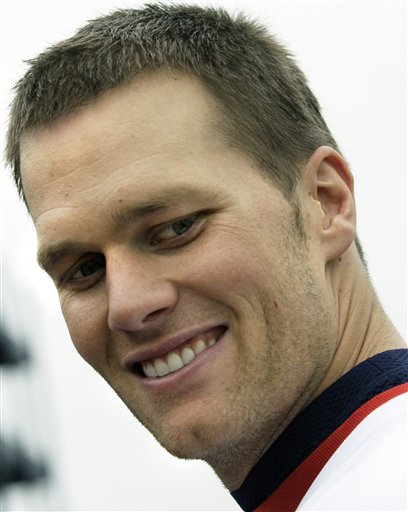 Guess who came to practice on Thursday? Yeah, it’s hard to hate the Pats with a smile like that.

Hey, how about some Federer love? He advanced to the third round on Day 5 of the French Open with a win over Argentina’s Jose Acasuso.

Roger rules the clay once again!

1 thought on “Hit and Run Too: The one without the basketball”