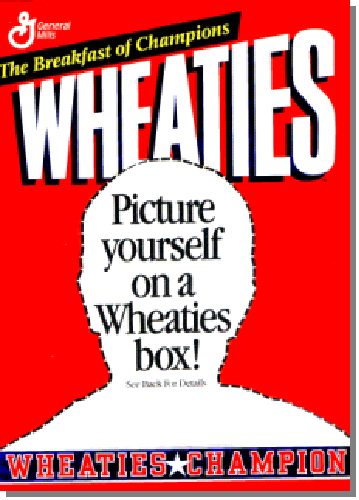 American Bryan Clay won the gold medal in the decathalon last night in Beijing. In fact, he ran away with it. He was so far ahead that he literally just had to finish the tenth event to win. He was untouchable. “I just want the Wheaties box,” Clay said afterward with a shy smile. “Put me on the Wheaties box.”

On Friday night, in the second day and ninth event of the competition, he threw the javelin only twice, passing on the third attempt he could have made to save himself for the final event, the 1500m. He was ahead by 479 points, which roughly equates to a 68 second cushion. On the third lap, he says “… all I was thinking was, just finish, just finish. If you just finish, you’re going to get the gold medal. That’s all I was thinking.” (He won silver in 2004.)

Clay joins the ranks of Rafer Johnson (1960), Bruce Jenner (1976), and Dan O’Brien (1996) to win that Olympic competition that remains the true measure of a man. He was raised in the Hawaiian islands and got into the sport with his mom’s prodding to keep him out of trouble after his parents went through a divorce. I think it’s a really great story that shows the positive power of sport. Clay and his wife are committed Evangelical Christians with a son and a daughter. He is 5’11” and 185 lbs. And he’s a blogger! I hope we see him on a Wheaties box. But in case we don’t, here he is: 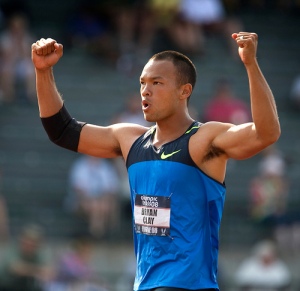