Step right up and strap on your fighting shoes. The other half of the Ladies will now argue for the men of the diamond who’ve captured their collective American League-loving hearts. The incomparable SA pleads for the Indians, with J-Money and Texas Gal wrapping things up with the case for the Red Sox. [Note: Trusty editor Holly, a near lifelong loather of all things base-ball, has been recently converted to the Red Sox; however, not knowing what a walk-off homer is and frankly being a little skittish in this big new pond she’s splashing around in, she has recused herself from the discussion.]

Batter up! Take it away, SA.

I feel a little bad for the Cleveland Indians. Despite having tied for the best record in the American League, people (*Ahem ESPN*) still treats them as the second cousin once removed. Many picked the Yankees over them in the ALDS and I would venture a guess in those same people picking the Red Sox over them in the ALCS. Which means they need all the people on their bandwagon they can get. Here are 10 reasons why you should root for the Indians.

10. In House. On May 30, the amazing Texas Gal did a Hump Day Hottie feature on Grady Sizemore. Since that day we have gotten over 100 comments on that one post (and counting) and hits from ladies wanting to know a little about the centerfielder comes in every day. I know several of our gals here root for the Sox, but those hits aren’t coming in for Manny. 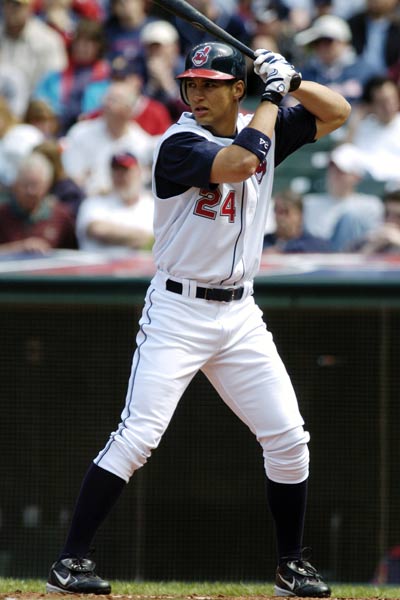 9. No more Papyboo. Speaking of those gals, the already mentioned Texy and the kick ass J-Money are ardent fans of those Red Sox and root for them with everything they got. But one player had captured their attention more than the rest: Jonathan Papelbon. They even got Holly brainwashed on board with them. [Squee!! –ed.] Well, if the Sox lose we won’t have to hear the word “Papyboo” for five months. FIVE MONTHS!! 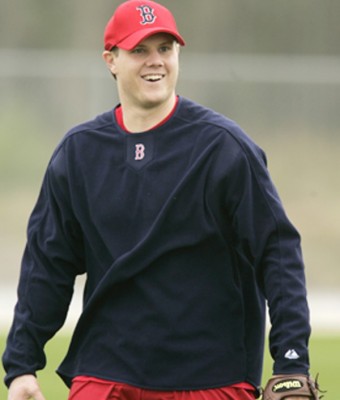 8. AL Central. We’re all tired of the slurping the media gives to the AL East, in particular their two big teams. Let’s give it up for the Central division. This would make the third straight year an AL Central team got to the World Series.

7. Fuck the NL West. Really, fuck ’em. They don’t deserve your love. Even the Red Sox deserve for you to jump on their bandwagon before the teams playing in the NLCS. Not only did both of them take out teams that are rooted for among the Ladies…, but they can’t even sell out Game 1 of the championship series! What are you people in Arizona thinking?!?! I’m not a huge baseball fan, but dammit it’s the fucking playoffs. Get out there and go watch the games! 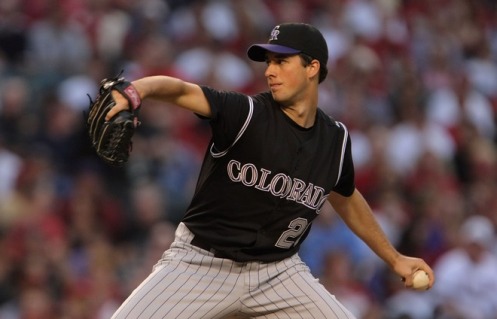 5. Ohio. Look, as a Michigan fan I don’t particularly like the state of Ohio. But even I have my limits. The last few times their teams have been in their respective championship games it hasn’t been pretty. Ohio State football, Ohio State Basketball, the Cavs. Sometimes you have to lift your foot off the throat.

4. Their players have really good aim. I have nothing else to say, I just really wanted to add this picture. 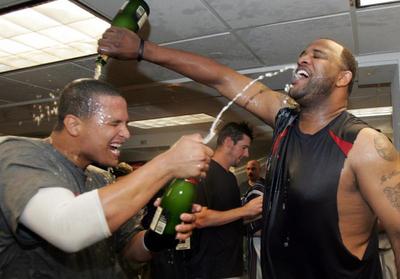 3. Disgusting ass bugs. Those bugs creeped me out. But wasn’t it fun to see Joba Chamberlain get unnerved by them? Now picture the same thing happening to Dice K. Good times. 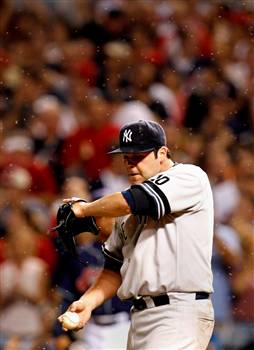 2. Red Sox world champions. Do we really need to go through this again? Assuming this happens, let’s fast forward to February after the Patriots have won the Super Bowl (Tom Brady WOOO!!!). Can we suffer through a New England superiority complex? 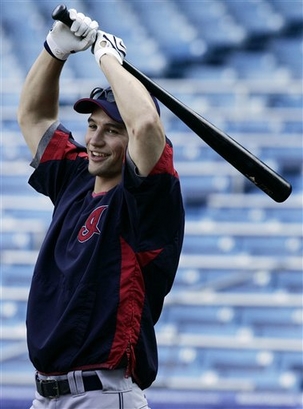 And the Indians got a host of other hotties playing. But it’s all about Grady and you know it. 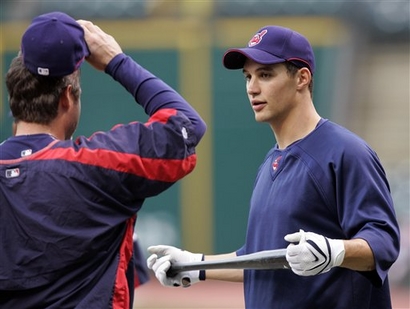 Better? Good. Now prepare to be, um, Red Socked. Texas Gal, at the plate, with a little film festival action–a mere sampling of the cave of Boston wonders she’s amassing (see what I did there?) Out In Center Field.

Starting out with the best- my favorite clip from this year: Jonathan Papelbon and Josh Beckett mic’ed up for BP, arguing over spelling. Break out the dictionaries!

Some teams celebrate division championships with beer, some with champagne. The Red Sox (or, more specifically, Kevin Youkilis and Jonathan Papelbon with special guest appearance by Javier Lopez) celebrate with a DANCE OFF!

Not content with the aforementioned dance, Jonathan Papelbon takes it to a whole ‘nother level: an Irish jig. In his underwear.

And no video collection would be complete without an awesome highlight package from Clay Buchholz’s no-hitter.

And our closer–put your hands together for J-Money. You ask: Why Boston? She’s got some answers for you.

Because Jonathan Papelbon throws hard enough to unspool your DNA. 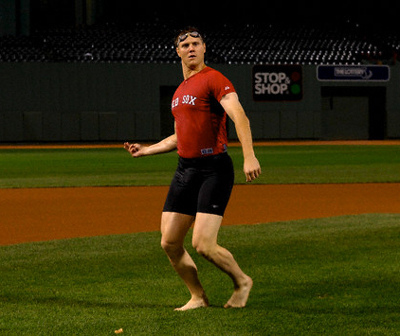 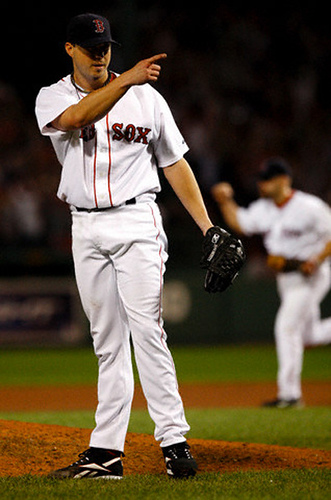 Because Tim Wakefield’s knuckleball is now one of the eight daily prayer events developed and recognized by the Christian church. Suck it, vespers. 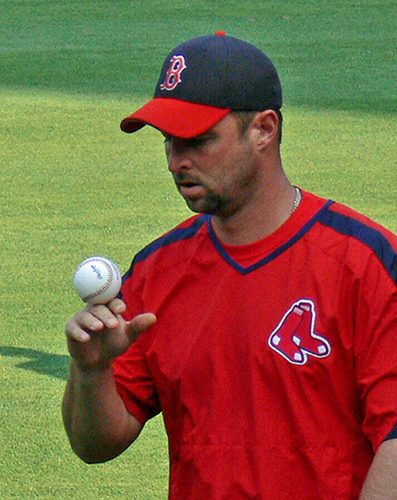 Because if the levees were made of Curt Schilling, Hurricane Katrina would have turned around and gone home to make him a waffle. 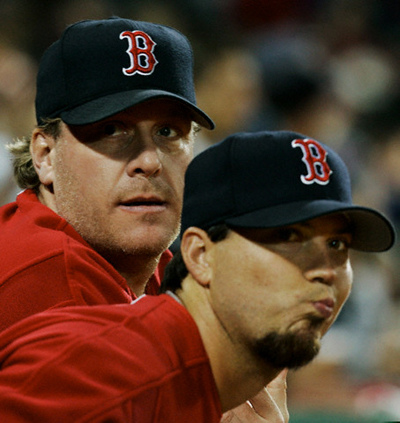 Because Dustin Pedroia gives Red Bull its wings which it, in turn, gives to you. But only if he’s cool with it. 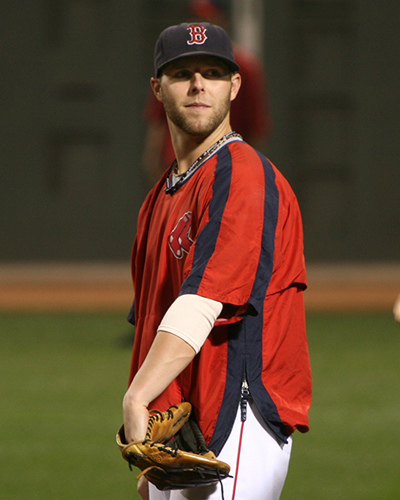 Because Jacoby Ellsbury has a Scoville Heat score of 92 million. 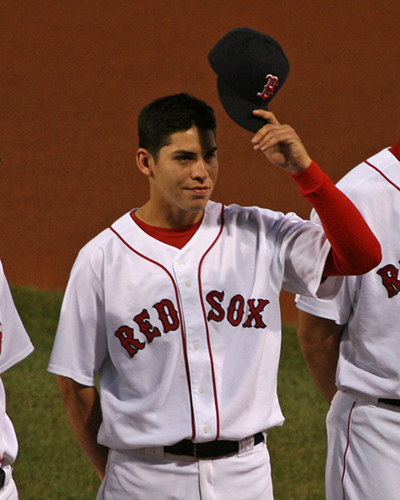 Because Kevin Youkilis retroactively inspired Hermann Melville to write Moby Dick. Except instead of a whale, it’s about a badass. 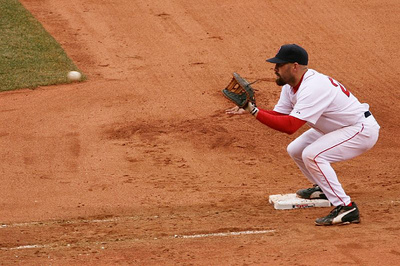 Because Mike Lowell is available only by prescription. No, your insurance will not cover it because there is no generic version. Only name-brand Mike Lowell. Use only as directed. 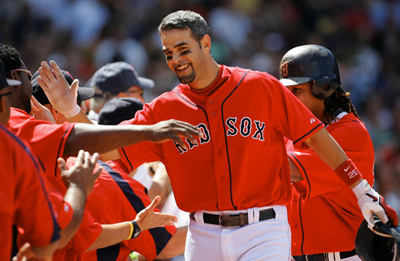 Because Jason Varitek can perform Lasik surgery using nothing but his own eyes. When he’s finished, you will have 20/-3 vision. You will be able to see things before they happen, like the cancellation of Chuck. 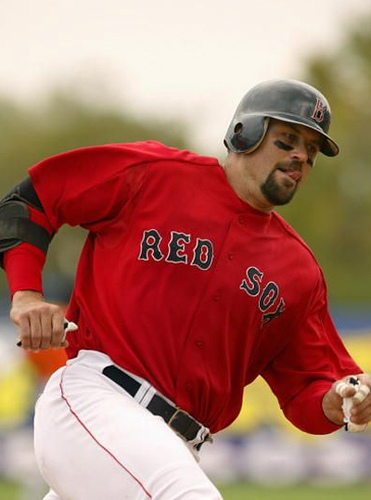 Because Coco Crisp is the real reason the Pilgrims came here from England, so one day their descendants would be able to watch him play. And so they wouldn’t be stuck in England neglecting their sideways teeth and reading books about cabinetmakers. 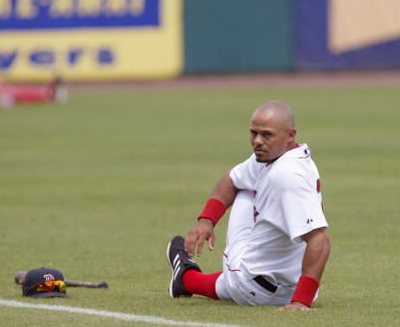 Because David Ortiz will join Babe the Blue Ox in modern retellings of the legend. Apparently, Babe got tired of hanging out with “that Bunyan pussy”. 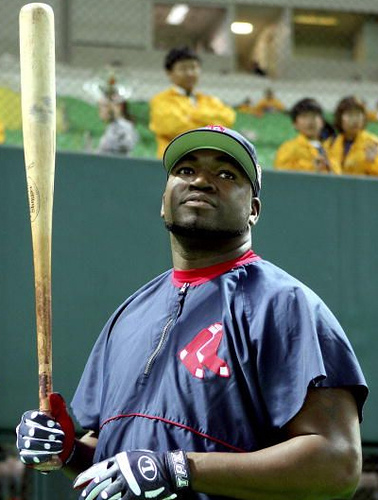 Because Manny IS Manny. And he will soon be honored with his own Kingdom, Phylum, Class, and Order. 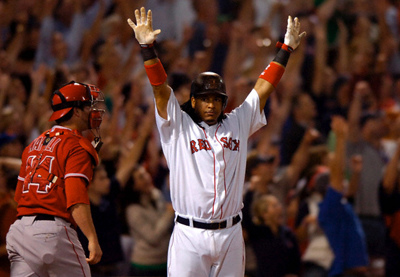 There you have it. Lines in the sand, ladies and gentlemen. Who ya got?

46 thoughts on “For Whom The Babe Roots: ALCS”