I made my first trip down to glorious San Diego with some girlfriends over Memorial Day weekend. Nice place y’all got here. Imagine my pouting, though, when I was informed I had to spend Saturday night at something called a base-ball game.

I was digging in my heels and pouting something fierce, but I have to tell you, once I got a few pints in me and laid eyes on this fellow right here, all was forgiven: 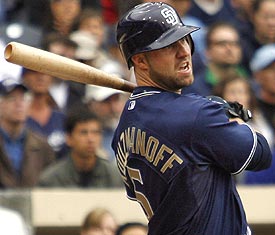 This was right about the time I started hearing stories about these Giles brothers. Now, I know some girls dig a man who can hammer nails with his chin, but I personally find Brian to be a leeetle too cartoon-superhero looking for my tastes: 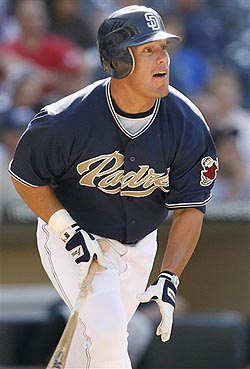 Marcus, though? Stole a base right in front of me, just to show off. New baseball boyfriend! Call me! 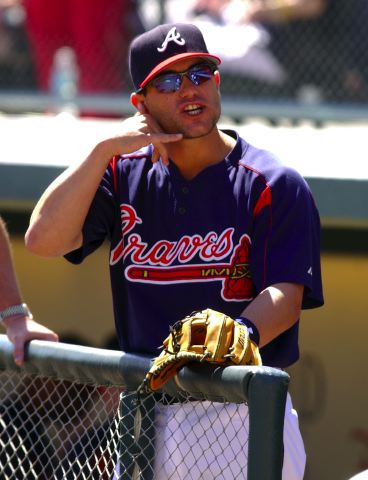 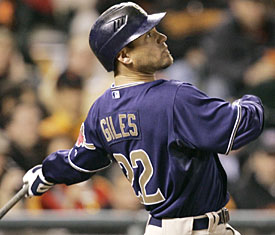 My underoos were on fire, but not for the last time that night. It got dark all of a sudden in the stadium, and the first chords of “Hell’s Bells” rang out in the night.

I find that I am utterly unable to resist a closer. Trevor Hoffman’s no Papelbon (who is? NO ONE), but he’s got a stare that could melt lead. 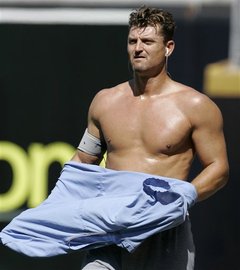 (NB: This is not that stare, but how could I not use this shot?)

After the game (I’m pretty sure “we” won–after they played the Hamster Dance in the bottom of the 5th I just drank to dull the pain and started cheering indiscriminately for every hit), they flipped off all the lights and treated us to a holiday fireworks show. This was actually a much more terrifying spectacle than you would think.

Oh, and this was the ballgirl, and believe me, this is a very flattering picture. Sweetie, if you can’t throw to save your life (and it would appear that you cannot), can you at least try not to be so surly? 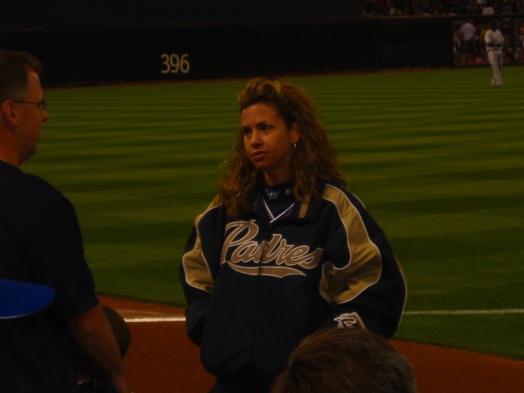 17 thoughts on “Bringing the Heat (because I Was There): San Diego Padres”