Another year, another Wimbledon, another two straight weeks of staring at the calves and forearms of men we’ve never heard of. 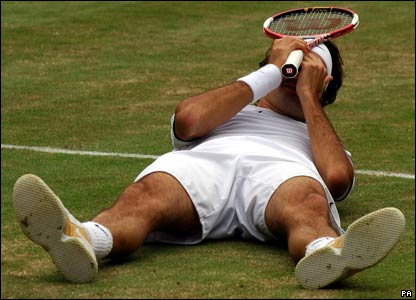 Hottest Tennis Player Under The Sun Andy Roddick was defeated before having the chance to face his nemesis, eventual champion Roger Federer, but can we leave him out? It would be almost unAmerican.

Even without our American Pie, the final four competitors certainly made for a delicious summer picnic. Defeated in the semifinals were: 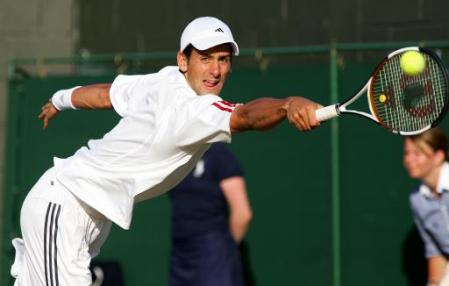 And once again, it was down to Rafael Nadal and Roger Federer for the final. In five brutal sets, Federer mercifully emerged victorious. C’mon, Nadal’s talented as hell, but who wants to watch a guy that looks like this make out with a bigass gold cup? Not me:

No, it was Federer, again, donning the white blazer for his fifth straight Wimbledon title. And that is one lucky trophy:

Oh, Roger. You can defeat me on grass anytime.